Why Your Anger Builds Until You Explode 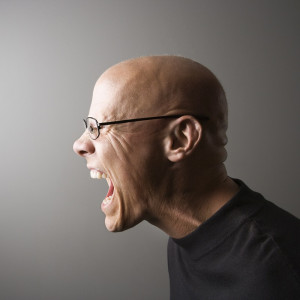 Do you struggle to keep your temper in check? Do you find yourself feeling angrier throughout the day until you are ready to lose control? Is it all you can do to not take out your work frustrations on your family?

Once at basketball practice in high school, I became so incensed by a teammate’s trash talking that I picked him up in a bearhug, determined to hurt him. After about five seconds of awkwardly holding him in the air, I remembered that I had no idea how to fight, so I put him down and we moved on with practice.

Unfortunately, too many stories of people becoming furious end in great harm or tragedy, rather than the comedy of my high school experience. Whether it is road rage, shootings, or some other situation, we are all too familiar with examples of people becoming angry to the point of violence.

What is going on within us that can drive us to this point of losing control?

According to the search of psychologist Dolf Zillmann, anger is evoked when we believe our safety is in jeopardy, whether we are talking physical, emotional, or psychological safety. We can become just as angry if someone hurts our feelings or wounds our pride as we do when we feel physically threatened.

The Effects of Anger on Our Brain

1. It triggers a release of catecholamines, prepping the body with energy for the fight-or flight response.

You have a sudden influx of energy, so you are prepared to take action and combat your opponent, or run depending upon whether or not you fear them.

2. It triggers adrenocortical arousal, keeping you on edge for hours or even days.

This longer reaction keeps you ready to fight or take flight much more quickly in case the threat returns, or another shows up. This is why people who have had a difficult day are so quick to escalate and blow up if something else happens.

How Your Anger Builds

When a high-rise apartment complex is being constructed, the building gets taller as each floor is added on top of the others. Anger works in a similar fashion. According to Dr. Zillmann, anger builds upon itself. After the initial event that makes you angry, you are on edge, and every incident or thought that incites you further grows the level of your outrage.

Each incident that upsets you and comes later in this process evokes a far higher level of anger than if it had been an isolated occurrence. Just as the apartment complex reaches higher and higher, so does uncheck anger until it builds into unfiltered rage.

This building process has to be interrupted before you lose control.