Why Hope is the Best Indicator of Future Success 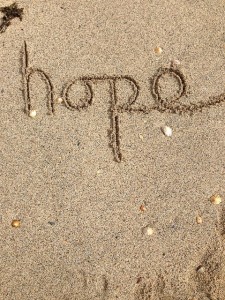 What do the people you admire and see as successful have in common? Is it their great talent, or their incredible intellect? While ability and brains are important, you might be surprised at what serves as the foundation for successful people.

When I was going through pharmacy school at Ohio Northern University, I encountered an arch nemesis my sophomore year that was determined to keep me from graduating: organic chemistry. It was the only class I have ever taken that I couldn’t pass no matter how hard I studied. I had many classmates who left the pharmacy program due to organic chemistry at ONU, but I wouldn’t be deterred. A minor detour that summer at a community college got me over that hurdle.

What was the difference between myself along with fellow classmates who battled through the class and those who quit? Hope. Hope is what sets people apart and keeps them going when they hit a wall in pursuit of their dreams.

C.R. Snyder, Ph.D, the late researcher and professor of Clinical Psychology at the University of Kansas defined hope as “believing you have both the will and the way to accomplish your goals, whatever they may be.”

In a study conducted on 3,920 freshmen college students, Dr. Snyder and his colleagues discovered that the level of hope that students possessed was a better indicator of their academic success in their first semester than their high school grade point average or their S.A.T. scores. In anotherstudy, Dr. Snyder and his fellow researchers discovered that hope levels played a large role in athletic achievement as well.

Dr. Snyder found in his research that hope is a building block for success throughout life. Hope is key for students in school, professionals in their careers, for people battling an illness, and overall happiness. People who have high levels of hope chase after higher goals and believe they know the way to reach them.

According to Gallup senior scientist Shane J. Lopez, Ph.D, there is a key difference between hope and optimism. Optimism is the attitude that your future is bright. Hope combines the attitude of optimism with the drive to take action so that bright, envisioned future becomes a present day reality.

Dr. Lopez and his colleagues found in their research that hopeful people share four core beliefs.

The four core beliefs of high hope people include:

1) The future will be better than the present.

3) There are many paths to my goals.

4) None of them is free of obstacles.

Do you see yourself reflected in this list of core beliefs? Or do you find yourself struggling to have strong hope for your future? If so, thankfully hope can be grown in our lives. Next week we will look at ways to cultivate hope.