Thrive When it Hurts

A Buffet of Trouble

You’re always one crisis away from quitting your faith. So am I. That’s not false modesty, either.

Every Christian life has a lazy Susan in it—one of those little server wheels on top of the dinner table that rotates the mashed potatoes and pork chops, and dinner rolls to everybody. The one in your life rotates troubles in and out, each problem spiced with a special kind of pain. 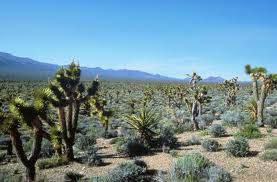 Go ahead and claim victory in the name of Christ. But for the most part, some of that stuff just sits there until you have to deal with it. Victory won’t come from pole-vaulting over it, but only from going through it.

I’m thinking of health scares. Financial problems that keep coming back like legions of the undead. Marital difficulties that show no more sign of change than the faces on Mount Rushmore. Kids who seem to have been born with a death wish. The company that tells you it has decided to “explore other options” (fire you). Personal sorrows. The mounting pressure of anti-Christian sentiments all around. If I haven’t described your particular poison, I’m sure I’d nail it if I kept going.

The fact is, we’re tempted to react in non-Christian ways. And the very worst reaction of all is to quit. Pull the plug on your faith. We’ve been told that quitting school is not a good idea and most of us got the point. But when it comes to our faith, the warning hasn’t resounded so clearly. Dropouts are more common than you’d think. Consider the number of times you took a break from your faith and liked it so much you thought about turning it into an indefinite vacation.

Off and on for the last thirty years I’ve told myself this was it. I won’t get through. Then I prayed. I suffered. A lot of times I complained. But I refused to completely give up. Remember when this happened to you? If you’re a real Christian, it has.

Finally, reluctantly, your problem said a quiet “Uncle,” and crept away. It didn’t get solved. It simply took its ability to hurt you and retreated…for a little while. It was like the end of the wilderness experience for Jesus—“when the devil had ended every temptation, he departed from Him until an opportune time” (Luke 4:13).

We’re certainly not going to get any easier or better treatment than the Son of God.

During his hugely transformative ministry in America, George Whitfield found himself grieved by a certain thing. Coming out of it, he then experienced closeness to Christ that was incredibly uplifting to his soul. Looking back on the suffering he had been through, he said, “I know that I shall be subject to it again.”

Whatever hurts you will be back to visit at a deeper level and in a deeper form—just give it a little while. And you’ll beat it again, using the spiritual capital you accumulated during the earlier rounds.

Your Life as a Tomato Plant

Those who endure this process might sound hard-headed or stupid—virtual punching bags. And I have to admit; at times it feels that way. Some versions of the Bible translate the word endurance as “perserverance,” “patience,” and “steadfastness.” The original Greek word is Hupomeno—“to bear up under.” Vines’s Concordance adds, “to bear up courageously.”

None of us will make it without the learned ability to take an occasional beating from emotional, psychological, and spiritual factors. And so you must “Add…to your faith…endurance” (2 Pet. 1:6). No doubt about it, you’ll get tired of self-control. You’ll start to ask why you put up with certain things, especially in a world full of people who do whatever they want whenever they want. They seem to make out just fine. Why not you? Naturally though, at the end of the day nothing of Christ will have been formed in them. They got what they wanted, but they cheated themselves out of what counted. Spiritual progress is costly.

Part of my responsibility involves preventing my own growth from being interrupted. I don’t just control myself. I continue to control myself. It works the same way when I stake a tomato plant so it will grow in the right direction. It needs to be held upright all day every day. Endurance is like that stake. It won’t let me quit. Is the whole effort worth it? You bet. Endurance always results in a gain.

Be Realistic / Watch Where You’re Going

Then how should a Christian cultivate endurance? Here’s a few things you might want to consider. Peter says, “Since Christ suffered for us in the flesh, arm yourselves with the same mind” (1 Pet. 4:1). That is, mentally prepare for a bumpy ride. If you’re looking for the velvet glove treatment this side of glory, disillusionment awaits you. Be realistic about the Christian life and see it the way it really is.

Certainly along the way there will be plenty of huge blue skies, fresh air, mountain streams, and heights with breathtaking views. But the ascent itself is a rugged climb with wolves, bears, and avalanches. By expecting a certain level of discomfort, you will minimize the chances of being blindsided. Odds are much better that you’ll stick with the journey.

The apostle also provides another critical element when it comes to developing endurance: perspective. What is the goal of your Christian life? Peter writes, “In this way there will be richly provided for you an entrance into the eternal kingdom of our Lord and Savior Jesus Christ” (2 Pet. 1:11). In short, he counsels keeping eyes on the prize. The best way to continue momentum is to “see the glory” and to some extent, ignore the billboards, gas stations, and trouble along the way.

You have to remember why you’re enduring to begin with. It has nothing to do with simply being a good Christian, or arriving at some religiously awesome version of yourself. You’re putting up with a lot of things for the sake of a kingdom. You’re betting it will be as the Bible describes it—astounding. Christ will be revealed in glory. There will be rewards. The current age and its material will be discarded—“the heavens will be set on fire and dissolved, and the heavenly bodies will melt as they burn” (2 Pet. 3:12). All of this will be replaced by “New heavens and a new earth in which righteousness dwells” (2 Pet. 3:13).

In the meantime, don’t quit when it hurts. Thrive, instead.