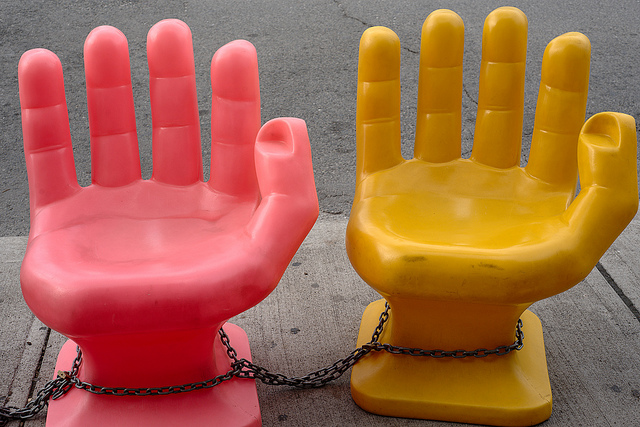 The original concept of codependency developed to acknowledge the responses and behaviors people develop from living with an alcoholic or substance abuser.

However, over the years, application has expanded into a definition which describes a dysfunctional pattern of living and problem solving developed during childhood by family rules.

So how much is too much?

*Check your degree of codependency by placing a number from 1 – 4 in the space before each question with:
1 = Never; 2 = Occasionally; 3 = Frequently; 4 = Almost Always

____ I tend to assume responsibility for others’ feelings/behaviors

____ I have difficulty identifying feelings.

____ I have difficulty expressing my feelings.

____ I tend to fear or worry how others may respond to my feelings or behaviors.

____ I minimize problems and deny or alter truth about the feelings or behaviors of others.

____ I have difficulty forming or maintaining close relationships.

____ I am a perfectionist and judge myself harshly.

____ I have difficulty making decisions.

____ I tend to be reactive to others instead of acting on my own.

____ I tend to put the wants and needs of other people first.

____ I tend to value the opinion of others more than my own.

____ My feelings of worth come from outside myself, through the opinions of other people or  from activities that seem to validate my worth.

____ I find it difficult to be vulnerable and to ask for help.

____ I deal with issues of control by attempting to always be in control or the opposite – by being careful never to be in a position of responsibility.

____ I am extremely loyal to others, even when that loyalty is unjustified.

____ I tend to view situations with “all or nothing” thinking.

____ I have a high tolerance for inconsistency and mixed messages.

____ I have emotional crises and chaos in my life.

____ I tend to find relationships in which I feel “needed” and attempt to keep it that way.

Scoring: Add the numbers to get a total score.  Use the following ranges to help interpret your level or codependency:

If you would like to talk to someone about the signs of a codependent relationship, or for more information, please contact CornerStone Family Services at 614-459-3003.

This blog is adapted from a handout from WellSpring.