The ‘Peter Pan Syndrome’ affects people who do not want or feel unable to grow up, people with the body of an adult but the mind of a child. They don’t know how to or don’t want to stop being children and start being mothers or fathers. 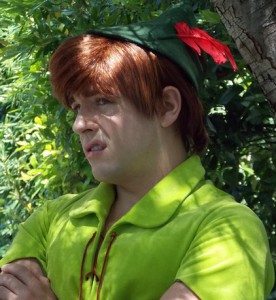 The syndrome is not currently considered a psychopathology, given the World Health Organization has not recognized it as a psychological disorder. However, an increasingly larger number of adults are presenting emotionally immature behaviors in Western society. They are unable to grow up and take on adult responsibilities, and even dress up and enjoy themselves as teenagers when they are over 30 years old.

Humbelina Robles Ortega, professor of the Department of Personality, Evaluation and Psychological Treatment of the University of Granada and an expert in emotional disorders, warns that the overprotection of parents can lead children to develop the Peter Pan Syndrome, given “it usually affects dependent people who have been overprotected by their families and haven’t developed the necessary skills to confront life.” The ‘Peter Pans’ of present society “see the adult world as very problematic and glorify adolescence, which is why they want to stay in that state of privilege.”

Peter Pan Syndrome can affect both sexes, but it appears more often among men. Some characteristics of the disorder are the inability of individuals to take on responsibilities, to commit themselves or to keep promises, excessive care about the way they look and personal well-being and their lack of self-confidence, even though they don’t seem to show it and actually come across as exactly the opposite.

The UGR professor declares that these people are usually scared of loneliness, which is why they try to surround themselves with people who can meet their needs. “They become anxious when they are evaluated by their work colleagues or their superiors, given they are completely intolerant towards any criticism. Sometimes they can have serious adaptation problems at work or in personal relationships.”

Another characteristic of people suffering from the ‘Peter Pan Syndrome’ is that they are constantly changing partners and looking for younger ones. “Whenever the relationship starts to ask for a high level of commitment and responsibility, they become afraid and break it up. Relationships with younger women have the advantage of being able to live by the day without any worries, and they also involve less future plans, therefore less responsibilities.”

The Wendy behind Peter Pan

Psychologist Dan Kiley, who defined ‘Peter Pan Syndrome’ in 1983, also used the term ‘Wendy Syndrome’ to describe women who act like mothers with their partners or people close to them. Humbelina Robles stresses that “Wendy is the woman behind Peter Pan. There must be someone who deals with the things Peter Pan doesn’t do in order for Peter Pan to exist.”

The researcher from the UGR states that Wendy “makes every decision and takes on the responsibilities of her partner, thus justifying his unreliability. We can find Wendy people even within the immediate family: the overprotecting mothers.”

The professor declares that the biggest disadvantage of both disorders (Peter Pan and Wendy Syndromes) is usually that the person who suffers from them doesn’t feel as though they are part of the problem, they are not aware of it. Robles points out that the only solution for this disease is the right psychological treatment, not only centered on the person who suffers from the disorder but also on his/her partner and family.

If you believe that you are struggling with Peter Pan Syndrome or Wendy Syndrom, please contact CornerStone Family Services for assistance at 614.459.3003.