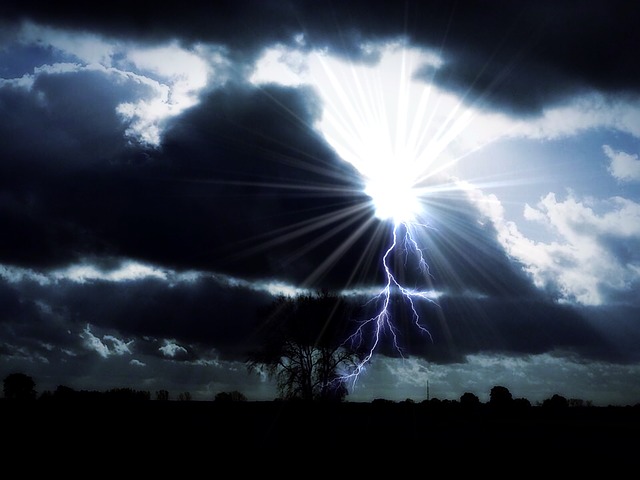 “It’s thundering and lightning, get away from that window” my wife declared anxiously from the other side of the room of our newlywed nest.

“It’s no big deal,” I answered. “I’ve grown up in Georgia. I’ve seen a few thunderstorms in my life.”

Her request seemed silly to me. She’s not from her, I thought. We have thunderstorms all the time in Georgia. I love thunderstorms. Especially those moments when the sky is lighting up, the rain is imminent, and the wind is blowing the leaves in the trees. I don’t even mind when the storm arrives. There’s something about a thunderstorm that reminds me of the awesomeness and power of God. Something I tend to forget in the everyday moments of life.

But my wife didn’t share that perspective. This was news to me. “How could anyone not love thunderstorms?” I thought.

But her reaction also had a backstory. Apparently her great-grandmother was struck by lightning while standing near a window in a thunderstorm. And as she explained that story, I felt like I was hearing a mythological tale. It sounded so foreign to me. But to her, it was a truth she lived by during bad weather.

That was the beginning of realizing something . . . there would be times in our lives where the two of us would have very different, and opposing perspectives on something.

Her concern for safety would have to override my love for the storm. Because here is what was at the heart of the concern—she wants me around. She likes having me in her life. She wants me alive.

This was just the first of many opposite moments.
Picking out furniture.
Buying a home.
Picking out baby names.
My hatred for tuna and raisins.

There are others. And while some may seem like bigger deal than others, there were two things that were happening whenever we bumped up against one another.

One, we were learning about one another. Especially if we took the time to discover the “why” behind the reaction.

And two, we were learning how to work together. When we ran up against a wall of conflicting viewpoints, we had to find a way to keep moving. Whether it was bending to the other person’s will, or finding some kind of middle ground, or agreeing to disagree (like we did on the tuna issue).

In Mark 10:7-9, Jesus references the joining of a husband and wife and says, “the two will become one flesh.”

There’s the obvious flesh analogy from the honeymoon, but there’s also one that is ongoing. One that involves learning about your spouse through every circumstance, challenge, joy, pain, life stage.

Those moments are what we bind two together, both perfectly and imperfectly as we sometimes stumble through situations.

So don’t be afraid of those “polar opposite” moments. It’s part of the process.

And don’t be afraid of thunderstorms, they are majestic and beautiful. Just enjoy them a few steps away from the window.

If you would like help weathering the thunderstorm moments of your marriage and relationships, please contact CornerStone Family Services at 614-459-3003 to set up an appointment with a counselor or coach.