Researchers at Case Western Reserve University School of Nursing, who studied the emotional distress of caring for a family member diagnosed with a mental illness, found anxiety is high for the primary caregiver at the initial diagnosis or early in the course of the illness and decreases over time. 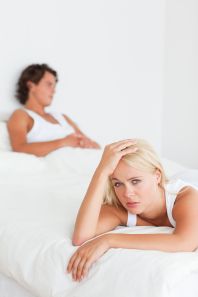 She attributes the differences to possibly two factors: the family member becomes more stable with treatment or medication, or the caregiver learns to adapt or cope with the situation over time.

The study also found that women new to caregiving tended to get depressed and angry more than those who provided care for some time. Anxiety symptoms were greater for Caucasians than African-Americans.

The findings are based on responses from 60 female caregivers, age 18 to 65, about their experiences when caring for a family member with anxiety, bipolar disorder, severe depression or schizophrenia.

The study represents initial steps to examine the connection between caring for a family member with a mental illness and the emotional toll it takes on caregivers — most of whom are women, Zauszniewski said.

The more educated the caregiver, the more resilient to emotional distress and the more likely the person was to find helpful resources similar to this elder care Lynchburg based, the study concluded. And sisters of the people being cared for reported feeling less anxious than caregivers who were the patient’s mother, aunt, cousin, daughter, wife or grandmother. This is one of the reasons why many senior care facilities are chosen for elderly care. Centers like West PACE have a passionate team of doctors, social workers, nurses, personal care workers, therapists, and nutritionists who are primarily trained to do this work.

The results were recently published in the Archives of Psychiatric Nursing.

Each caregiver responded to 10 questions about her negative emotions experienced during the two weeks leading up to an assessment, called the Emotional Symptoms Checklist, Zauszniewski developed to monitor an individual’s emotional state. The caregivers also provided the age, diagnosis and other information of the family member with the mental illness.

The women caregivers had an average age of 46, while the cared-for person was, on average, 37. The breakdown in diagnoses was: schizophrenia (45 percent), bipolar disorder (45 percent), depression (5 percent) and anxiety (1 percent). The average length of suffering from mental illness was a little more than 11 years.

Sixty percent (or 36) of the mentally ill family members did not live with their caregivers, who were primarily their mothers.

Yet 68 percent of the caregivers provided direct support through the individual daily activities and reported being more angry. About one-third of the individuals with mental illnesses received indirect care, such as support and encouragement by the woman caregiver.

While the study focused on African-American and Caucasian women, Zauszniewski said a larger long-term study that includes the emotional distress of Latino women would provide a broader look at the experiences of caregivers. A future study would also examine a caregiver’s emotional state over a longer period of time.

Based on her findings, Zauszniewski believes more attention should be paid to how the stress of caring for a mentally ill family member affects the entire family. She called for interventions for families and education for future nurses that could benefit both the caregiver and the cared-for individual with mental illness. If you are a primary caregiver who is struggling then don’t suffer in silence. First and foremost, talk to someone about how you’re feeling, whether that be family, friends, or someone more professional. They may be able to advise you on finding a natural treatment such as Royal CBD products that may be able to lower stress levels. If you are feeling less anxious in yourself, then you will in turn be able to provide better care for your loved one. It is also advised to look into other routes of providing care. There are a number of choices for the cared-for; one of the most popular being Senior Living and Residential homes such as Agape Cottage, which will provide yourself with some respite from the demands of caregiving.

The above story is based on materials provided by Case Western Reserve University. Note: Materials may be edited for content and length.